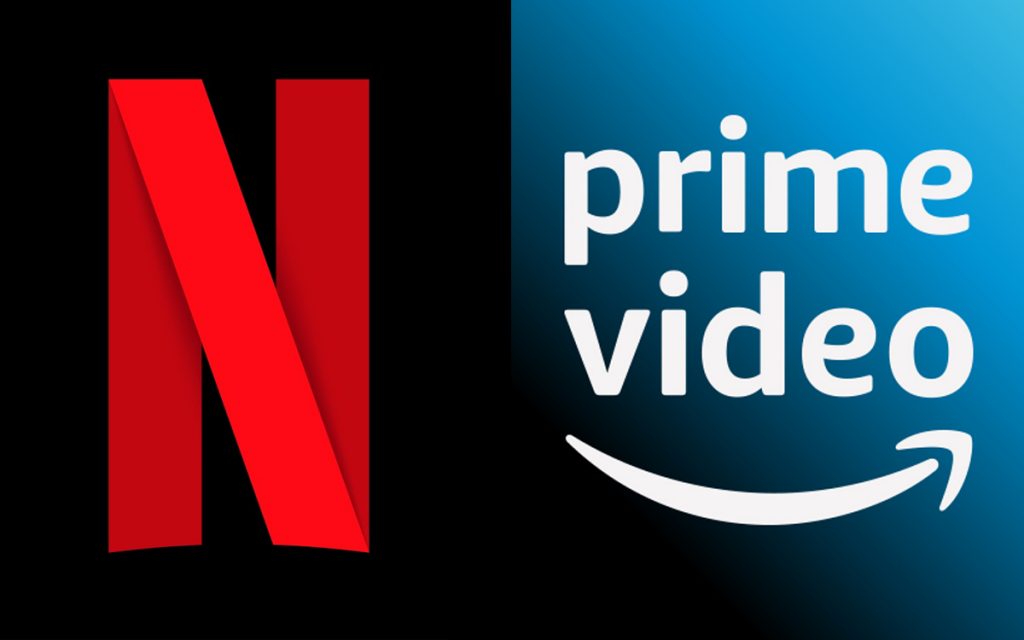 Spoiler Warning: Today’s blog is going to be a little controversial.

So, grab your cans of Mulligatawny soup, find your nearest bunker and hide away until next week (Thursday, just to be sure) because we’re going to say something that’s probably going to get us a lot of flack, heat and at least one literal piece of hate mail (on a separate note, thank your local postie for the amazing work they’ve been doing during the pandemic!).

So without further ado, you ready?

Okay then, here we go…

Amazon Prime Original Shows are much better than Netflix.

*metaphorical tomato flies at our heads*

For starters, yes there are some incredible shows on Netflix, ones we have adored (such as Money Heist, Queen’s Gambit and Mindhunter amongst others) but for all around quality over quantity, Prime Originals have consistently knocked it out the park. For unlike many other shows on streaming services, most Prime Originals actually have stories which feel perfect for long form content and transcend pure entertainment to tap into the cultural zeitgeist. Some of our personal faves include:

See, the problem with a lot of Neftlix shows is that they have really great concepts but often sag in the middle batch of episodes, with the shows feeling like they’re treading water for the big finale. This is starting to change of course, but is a large reason why the later seasons of Stranger Things and many of the Marvel Netflix shows which started off to great acclaim, lost their momentum later on.

I mean, to be fair to Netflix, this isn’t just a problem they have. In a bid to keep up with our demands for more content and to create the next big show you just have to talk about at the water cooler (in 2021 unfortunately, Zoom has yet to create this as a feature), other shows have stretched their concepts to longer episode runs which rather than satiate our demand for good storytelling instead only serve to expose the flaws in their writing. For example, HBO’s The Outsider started off brilliantly and despite the always incredible Cynthia Erivo doing some brilliant work, the show could not sustain it’s mystery or tension for the whopping 10 episodes that it was commissioned for.

The Amazon Prime Originals however have so far dodged this trait (there’s probably examples that will undermine this but we’ve only seen so much, sorry!) by having stories that warrant the length of their seasons. Taking the extra time to elaborate on characters, issues, settings and cultures in-depth, they instead add further texture and complexity to the longer series arc with subplots that feel integral and expansive to the show rather than just dragging down the pace.

An excellent example of this is the aforementioned Season 2 of Marvelous Mrs Maisel when they spend a couple of episodes in the Catskills resort. Whilst in other shows this could be a whimsical but tedious detour, representative of the trope of ‘treading water’ before the season finale, instead it is an exploration of a largely untouched topic of New York American Jewish life. At the same time, this section of the series also feeds nicely into the larger plot as Midge’s performances lead eventually to her father, Abe, discovering her career. Thus it feels both integral to the series whilst also taking the time to shine a light on stories not told frequently.

Now, whilst we could go on and on about the Marvelous Mrs Maisel (and believe us we would) as well as the other shows mentioned, what we want to conclude on is one of the major reasons  why these shows have this laser sharp focus on storytelling compared to other streaming services’ options. And whilst the majority of this is of course down to the individual creators and their brilliant production/creative teams, we want to take a moment to shine a light on a rather unknown champion in the form of Jennifer Salke.

See, a good development exec is worth their weight in gold, having a keen eye for storytelling as well as an affinity for providing support when nurturing creatives and projects in the industry. Amazon have, of course not had the greatest track record of picking their execs previously with the horrible Roy Price, who’s misogyny, sexual harassment and abuse of power gives further evidence for why the gatekeepers of Hollywood need to be constantly held to account. And of course we are consciously avoiding the abhorrent work ethics and business practices of Amazon’s retail branch, we fully support their workers’ unionization campaigns, but that’s a topic for another day.

Thankfully though, after Price’s removal, Amazon have made some steps to counteract his work by hiring Jennifer Salke who has wiped the slate clean of Price’s vanity projects and toxic environments; instead putting a focus back on storytelling without the abuse of power. This can be seen through the projects she has developed such as Mrs Maisel, The Boys and the acquisition of The Expanse from the Syfy channel as well as financing stellar film projects such as Beautiful Boy, Peterloo and Luca Guadagnino’s bold remake of Suspira.

And with Amazon Prime now catching up quickly to Netflix in the streaming wars, it’s likely that Salke’s work will only continue to prosper, with the shows she commissions continuing to push the boundaries of narrative whilst also keeping their stellar focus on plot and character.

So, until the point that they stop, or the world ends (whichever’s first) we’ll be waving our flag in support of the Originals. We’ll just have to make sure to keep an eye out for the Netflix aficionados with their metaphorical tomatoes in the future. (Don’t think we don’t see you back there ready with the fruit basket, Daredevil stans!)

Let us know what your fave Amazon Originals are, or why you think we’re wrong in the comments section or via social media @enonfilms.