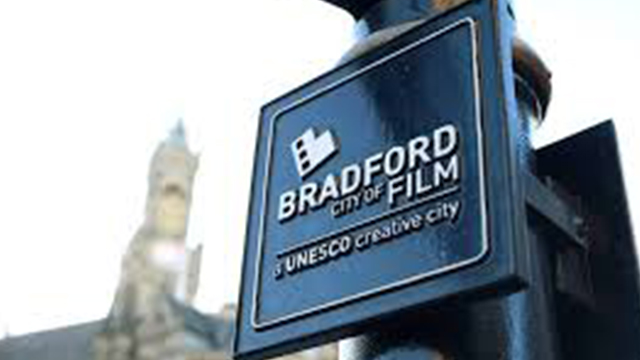 The Bradford 48 hour film challenge was held on the 30th October – 1st November.

Twenty-two teams were invited to the National Media Museum and were greeted by Peg Alexander, Director of the Bradford City of Film. Each group was given a title and a prop and had 48 hours to write a script, cast the actors, find locations, shoot the film, edit the film and burn it to DVD.

After an intense shoot, each film was screened at the National Media Museum where the panel of judges chose which film would win the ‘Best of the Challenge’ Prize. The best film would also be screened at the 2011 Bradford International Film Festival.

This is my story on being selected as one of the twenty-two teams.

When I was first experimenting around with the idea of becoming a filmmaker, I came across a link online advertising a competition and the only things at the time I had filmed were videos with my friends on my trust Nokia N95 mobile phone; I needed to take the next step, and this competition seemed perfect. I got together a couple of eager and passionate amateur filmmakers for the task.

We embarked on the journey from our small hometown to Bradford. The competition was run by professional filmmakers working with Screen Yorkshire and UNESCO amongst other professional organisations.

On arrival, we got our first taste of filmmaking with short masterclasses by the professionals on board who were there to support. It was an extremely tiring 48 hours, with little sleep, missed meals, and with only our passion for learning & succeeding to keep driving us forward.

With little time to get our balance, we were given a title, a prop, and a selection of actors to cast on our first day. The next steps were to write a script, find locations, and shoot and edit our film. There couldn’t possibly be enough time to do all that, what did a bunch of amateur wide-eyed first-time filmmakers know about making an award-winning professional film? Nothing at the start, but we were given an opportunity, and I was determined we would succeed.

48 hours later we handed in our film with only 15 minutes spare till the deadline! Exhausted, I sat back and ate my warm sandwiches, my mind wasn’t on food but how the finished film would be judged by these professionals. Even then, I was unaware of the magnitude of the last 48 hours would have on my future, I nonetheless ate my lunch quietly, contemplating how much I had enjoyed making the film. There was only one thing I was sure of: at that moment I was in love with filmmaking!

Later that day, at the awards ceremony, we came away with two awards! It was an incredible experience to be rewarded for something you are passionate about and, without the Bradford 48 hour filmmaking challenge, I would never have realised my true career path. It really set the stone for my future aspirations and plans.

I want to end this blog post to show my appreciation for organisations that fund & support entry-level projects for emerging filmmakers, I am one of many examples of how these types of activities and events create careers in the arts.

Thank you, UNESCO, the City of Bradford and all the other organisations such as the BFI, the BFI Network, Film Hub North and others such as Movie Works, The Felix Mater Society and South Yorkshire Filmmakers Network.